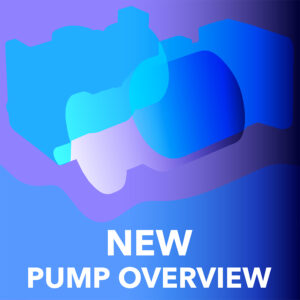 The Checkball Pump Series is the flagship product line for Dynex Hydraulics. To help you quickly determine which models meet your requirements, we’ve added a new Pump Overview page where you can quickly and easily compare the flows and pressure ranges of our full line of fixed displacement hydraulic pumps.

You can also now find this page in our drop down menu, located in the Fixed Displacement Checkball Pumps category. 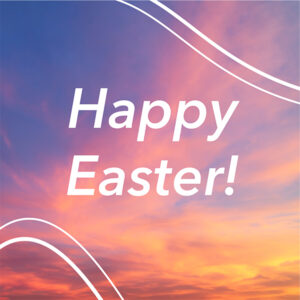 Dynex will be closed on Friday, April 2nd in honor of Good Friday. We will resume our normal business hours Monday, April 5th.

We hope you enjoy celebrating your Easter weekend! 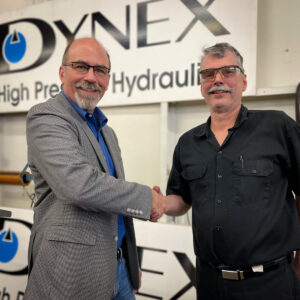 Congratulations to Don Backler as he retires after a 30-year career at Dynex!

Don worked in the Cleaning and Deburring Department and was a model employee. His years of knowledge and experience were a valued resource, and he played a vital role in keeping parts moving through our busy manufacturing facility.

We appreciate Don’s dedicated service and wish him all the best in his retirement. 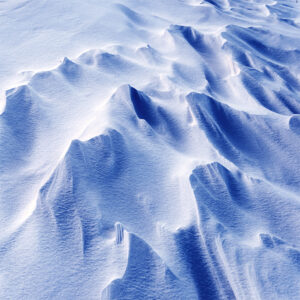 Power Units Division in Ashland, MA will be closed today 2/02/21

Due to inclement weather, our Power Units Division in Ashland, MA will be closed today, February 2nd, 2021. We expect to reopen tomorrow February 3rd at our normal time. We apologize for any inconvenience this may cause.

Our Pewaukee, WI headquarters is open and we are available via phone, chat, or email so don’t hesitate to contact us.

Thank you and stay safe. 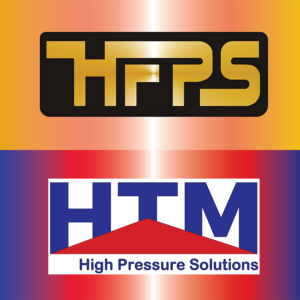 HTM Group’s broad technical experience and wide range of services offered will make them a great partner for the selling and servicing of our unique line of hydraulic components. We’ve recently completed extensive training with them and we feel they are more than qualified to represent our product line in India! 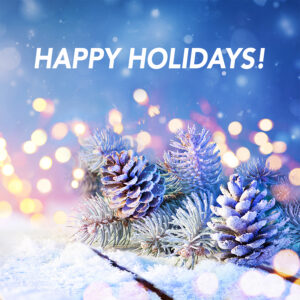 Our UK facility will be closed from December 24th through January 3rd. They will be back to assist you Monday January 4th.

We hope that you are enjoying a restful, healthy, and festive holiday season! 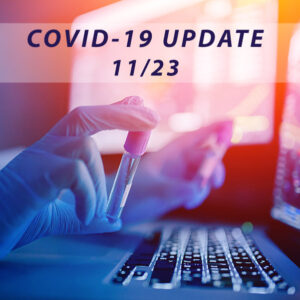 As of this moment, we continue to operate our facilities and have staff to take orders and handle customer support. We ARE accepting deliveries at this time.

Effective immediately, we will again be implementing the following policies:

We continue to monitor this rapidly changing situation and any new developments will be posted here on the Dynex website.

If you have any questions or concerns, please do not hesitate to contact us and let us know what we can do to help. 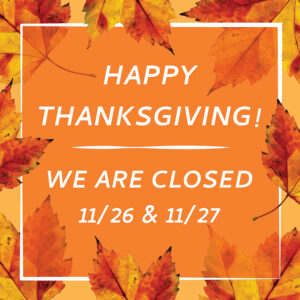 Please note that our Corporate Headquarters in Pewaukee, WI and our Power Units Division in Ashland, MA will be closed on Thursday November 26th and Friday November 27th while we celebrate the Thanksgiving holiday.

We hope that you enjoy a fantastic meal, and that your family and friends are staying healthy and safe. We will be back to assist you on Monday November 30th. 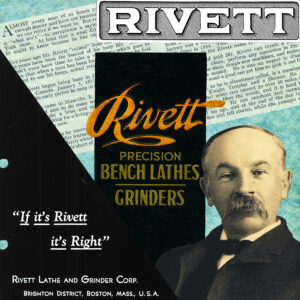 Edward Rivett was the founder of the Rivett Lathe & Grinder Inc., located in Brighton (another area of Boston), Massachusetts.  He is our legacy and founder for the oldest part of Dynex/Rivett Inc.’s history. His ideals, including a belief in hard work, trying to be the best at whatever you do, and a continual yearning for creating something greater in life, has continued to live on at Dynex. He is inspirational and a huge part of the success our company has attained over the last 137 years.

Mr. Rivett was born on January 5, 1851, in L’Assomption, Province of Quebec, Canada, and was the son of Antoine and Elise (Marsolais) Rivett. There is evidence that during his earlier period in life that he sang in a church choir.

Edward had only a common school education, and in 1865 at the age of 14, he went to work in a cotton mill in Manville, Rhode Island where he learned to “fix looms,” and also to do some weaving. There, he saved his money, bought a boat and seine (fishing net), and on the Providence River tried fishing for a living, but he was not then the skillful fisherman he later became in life.

In the following year he also worked in a cotton mill in Holyoke, Massachusetts, then shortly after this he moved to Worcester, and then to Lynn, Massachusetts where over the next two years he thoroughly learned shoe manufacturing.

While living in this area, a “fandango” or Ferris wheel attracted him as an investment. Unfortunately, he emerged from this venture short of his money and a part of one finger.

Edward then felt the call of the sunny South, and went to Baton Rouge, Louisiana, where he spent two years as night overseer (security guard) in a textile factory.

In 1871, at the age of 20, Mr. Rivett was employed by the New York Watch Company at its factory in Springfield, Massachusetts, and this started him on what he made his lifework.

Edward went to Boston in 1872, where he joined C. A. W. Crosby, a watchmaker and jeweler. While working there, Mr. Rivett invented a number of watchmakers’ tools and lathes. During his early days with Mr. Crosby, Edward had his first experience in the buying of diamonds, in which he became an expert, and if you ever want a good one, you got him to pick it out for you.

In 1884, Mr. Rivett decided to go into the business of manufacturing watchmakers’ tools and lathes with Mr. Crosby as silent partner.

Not knowing where to start, Mr. Rivett walked the tracks out from Boston, and decided upon Faneuil (another area of Boston) at first sight. The first “factory” was a wooden extension of his own home, which he built there in 1884 under the firm name of the Faneuil Watch Tool Company.

From a lump of gold, Mr. Rivett could create a fine hand-wrought watch chain, perform any operation in the most modern machine shop, design new machines, and make those machines make money. That was the beginning of the business which has made the Rivett name synonymous with quality.

After Mr. Crosby’s death, Mr. Rivett bought out his interest and incorporated the business as the Rivett Lathe Manufacturing Company, in Brighton, Massachusetts. His lathe manufacturing business was largely successful as they were sought after for their superior accuracy in their machining capabilities. Some of these lathes still exist and are sought after by collectors. One of these lathes is being stored at the Dynex Pewaukee facility.

Edward’s wife, Alma (Pinceloup) Rivett, whom he married in 1882, died in 1905. In 1912, Edward Rivett sold out his business on account of failing health. From then on up to his death, he considered himself as “retired,” but he continued to experiment and improve watchmaking tools and machinery, often remarking to friends that he was “too busy to take a vacation.”

From the American Machinist magazine’s Who’s Who, printed March 22, 1917, it stated the following about Mr. Rivett:

“Almost every man of us hopes some time to make enough money and have our business in such shape that we can retire if we want to. But retiring from business is ‘what ain’t’ – to paraphrase a saying in a popular New York show. At least that is what Ed Rivett thinks, and he ought to know because he has tried it.

Five years ago Mr. Rivett ‘retired’ from business, and these five years have been the busiest of his busy life. Now he doesn’t even have time to take a vacation – which goes to prove that when a man has been busy from the time he first learned to use his lungs – actual retiring does not come easy.

Major Rivett, as he was oftentimes called, was a member of the A.S.M.E. (American Society of Mechanical Engineers), a Knight Templar and a Shriner. He delighted in proving that some cars cannot go over 60 miles an hour, but best of all he liked the woods, and it was hard to find a better woodsman. He could outshoot and outwalk many men of half his age, and at the end of the day was ready to sit by the fire and tell stories, while the younger men sleep.”

(Joseph) Edward Rivett of Allerton, Massachusetts, at the age of 86 died on December 16, 1937 of thrombosis of the brain, after nine weeks’ illness. He was survived by his only daughter, Ida F. (Rivett) Lockwood of Newton, Massachusetts.

“Mr. Rivett believed himself to be the originator of precision in bench lathes and small internal grinders. Unusual mechanical skill, an inquiring mind, and initiative were qualities that aided Mr. Rivett in building precision into his machines. His designs were worked out at the bench and his men built early models from sample pieces.

In the search for greater precision he visited many shops in this country and abroad to pick up ideas for materials. From Switzerland he obtained gages, in Turkey he bought a lifetime supply of lapping powder. If he wanted special gib stock, he went directly to the mill and showed them what he needed.

In his opinion many modern shops have an impersonal attitude toward their products, and it was his delight to find one where no amount of time or trouble was too much to give in the search for perfection.”

Our goal today is to continue Edward’s legacy. We are still achieving his goals of having pride of workmanship when manufacturing our existing products, by always being open to new ideas and designs that continuously improve all that we do, and paying attention to details so that we only produce hydraulic components and power units that are synonymous with quality.

Our desire today is just as Edward wanted when he grew up; by being experts at what we do. We all must strive to live our lives to the fullest and take chances, which we hope will improve our lives and those amongst us. Sometimes there are setbacks in life, but never give up. Dynex/Rivett Inc. would not be here if not for (Joseph) Edward Rivett and his extraordinary determination and positive outlook on life. 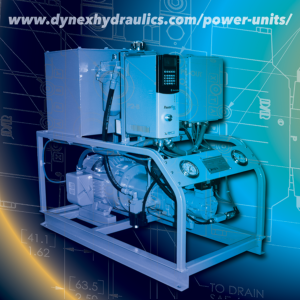 Check out our updated and expanded Power Units section!

Dynex has had a division dedicated to fabricating hydraulic power units since 1966. We’ve designed, produced, and delivered thousands of custom HPUs and motor-pump assemblies over the last 50+ years.

To increase awareness, we’ve just launched an improved and expanded Power Units section on our website.

Check out the capabilities we offer and see if you can benefit from our years of experience fabricating specialized HPU systems, test stands, space saving custom manifold solutions, and motor-pump assemblies. We offer fast-turnaround, standard units, and also specialized units that work with extremely high pressures or special fluids.